That’s how long the marijuana wave really lasts, according to science 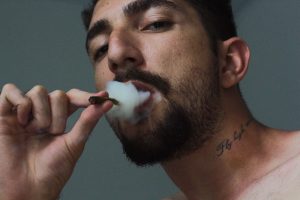 The whole world has long debated whether cannabis or marijuana, as it is better known, should be legalized or not. And this is a subject that always divides opinions. As much as marijuana has been used for a long time as a medicinal herb, mainly as an analgesic, its use is banned in some countries. Since it is also used as a smoking instrument by many people.

If 50 different people are asked how long the marijuana effect lasts, they will likely get 50 different answers. This can be a problem when trying to find out how long a patient who uses marijuana for medical purposes can be debilitated.

However, a new meta-analysis survey of 80 articles allayed this doubt. It has been found that, depending on factors such as how cannabis is consumed and how strong it is, a person can be incapacitated for between three to 10 hours.

“THC can be detected in the body weeks after cannabis use, although it is clear that the deficiency lasts for a much shorter period of time. Our legal frameworks probably need to keep up with this and, as with alcohol, focus on the range where users pose the greatest risk to themselves and others. Prosecution based solely on the presence of THC in blood or saliva is manifestly unfair,” explained psychopharmacologist Ian McGregor of the University of Sydney (USYD) in Australia.

A meta-analysis is a review and analysis of the relevant scientific literature, crossing the results to reach a conclusion based on a broader range of methodologies and issues than can be achieved with a single study.

In this study, the research was led by USYD nutritionist Danielle McCartney. And they analyzed 80 studies on deficiency of tetrahydrocannabinol (THC), which is the intoxicating compound of cannabis.

The duration of this disability depended on three main factors. They were: how strong the dose of THC is, whether cannabis was inhaled or taken orally in the form of food, capsules or drops, and whether the person was an occasional or regular user.

People who use cannabis on a regular basis may develop tolerance and perform better on cognitive tasks than people who use it occasionally. 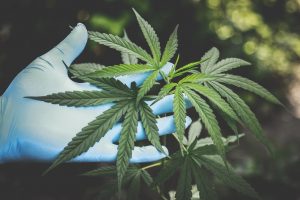 Because of this, it is not easy to predict how much cannabis will harm a regular user, or for how long. As they can take higher doses to achieve the same level of intoxication as occasional users.

“We found that disability is much more predictable in occasional cannabis users than in regular cannabis users. Heavy users ​​show significant tolerance to the effects of cannabis on driving and cognitive function, although they typically exhibit some impairment,” explained behavioral pharmacologist Thomas Arkell.

So more research will need to be done at these time intervals with regular users to better characterize the effects of THC across the board.